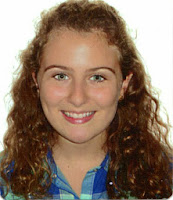 Here we have Mireia, a student of 3rd of ESO who would like to share her experience and feelings about Halloween.
This is her essay about All Saints Day.

As every year at the end of the 10th month, one of the days most people know by an irish tradition arrived to our country. If you asked “What will you do on the 31st of October this year?” to some adults or kids they would probably answer: Oh, it’s the “Castanyada” I’ll just spend time with the family and eat “panellets”. But, if you asked the exact same question to teenagers, they would say: Well, it’s the day when the dead people come alive, so I’ll dress up and go from house to house trick-or-treating with my friends and get some candy. Can you notice the diference? This old english tradition has been expanding for many years from city to city, country to country and continent to continent until the day when everyone knows about its existance, this day I’m talking about, is the present. If you don’t believe it, you can confirm it yourself by just going out in the evening or at night to the most transitated streets of your city or even a small village and you will see ghosts, vampires, witches, cowboys, demons, clowns, superheroes, fairies, and more! All of these magical and fantastic creatures fill the streets with their laughs and smiles and their eyes gleaming with hope waiting at the doors and asking for some candy so that they can fill their pumpkin baskets and tell all of their friends and family how many they got. Some people don’t like accepting the fact that this tradition is, in some way, overshadowing our own traditions, but, if we think about it, we are just being, not just international, but tolerant to other lands and territories that truly believed in this thought that said that the deads came to life on this day centuries ago by keeping their customs.


One of the ways this tradition got to us was by songs, movies, documentaries, and even books! And this movies, songs and books have also created the mythic “Deads come back to life parties” where they make costume competitions, creepiest food contests and even short home-made horror film festivals where a lot of young people take part.


And not just teenagers that go out at night celebrate it, but schools also! Those schools that are international and embrace different languages and cultures in their language department decorate their classrooms with pumpkins, skeletons, witches, bats, and many other scary creatures that are so common to see on this day. The part that is most enjoyable to watch, at least in my opinion, is just walking down the streets a week or two before the 31st arrives and seeing all the streets, restaurants, shops and, as I just said, schools all decorated in orange and black strings, neon lights and all sorts of fun things that let people know that the day when everyone dresses up and goes out to have fun is about to come. I don’t mean to say that this is the only day when people go out, dress up and have fun; I certainly don’t mean that because, as we all know, there are still plenty of festive days when people do those things but, the 31st of October is an international day that almost everyone all around the world celebrates.


As I said earlier, every year people all over the world have fun on this day, so next year won’t be an exception, not at least for young kids and teenagers that especially love going out and getting treats and neither for the moms and dads that, to support their kids, become mummies, frankesteins and zombies for one night and go trick-or-treating with them and have so much fun seeing their children happy and proud of following such a tradition the 31st of October, Halloween, is.

What day is it today?

Blogs at the school

Hello! Welcome to the blog!